C)2nd Section: Wandering around in the Jungle 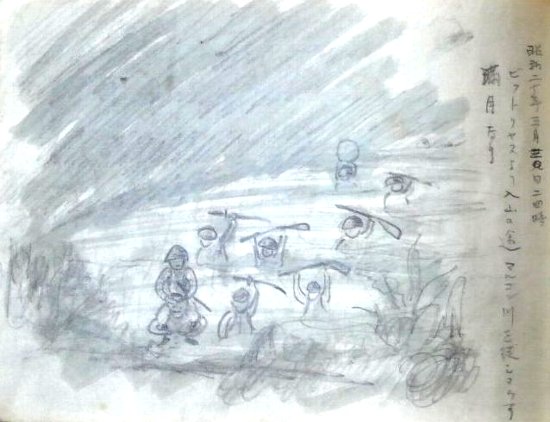 March 30, 1945 Midnight
We wade across the Malcon River as we start climbing Mt. Victorious
Full moon

Negros
Our home in Hagurodai
In the jungle

Even venomous snakes, when strangled, and their skins peeled back
Once they are cooked and eaten, they no longer bother us 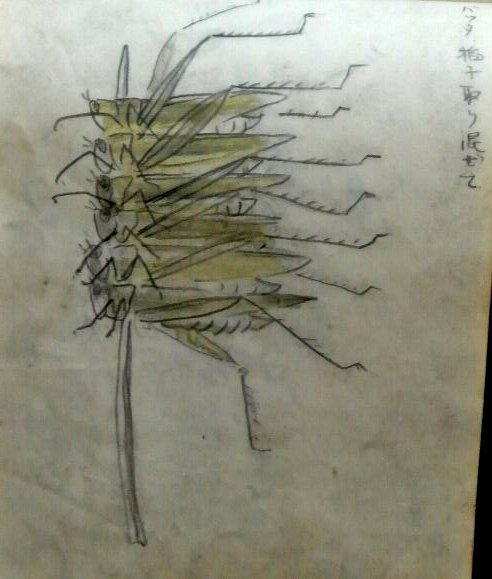 We caught a mixture of grasshoppers and locusts 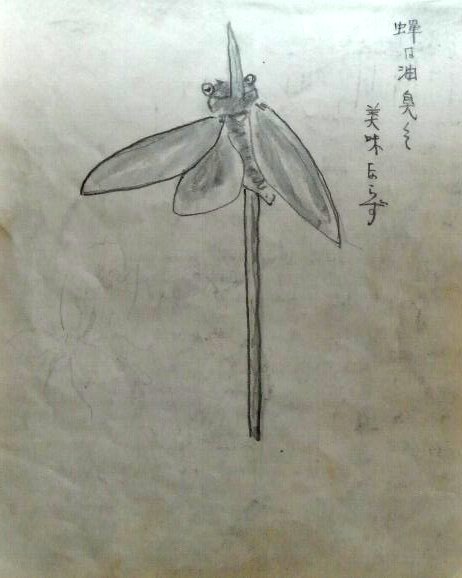 Skewered cicada
Cicadas are oily and not very tasty 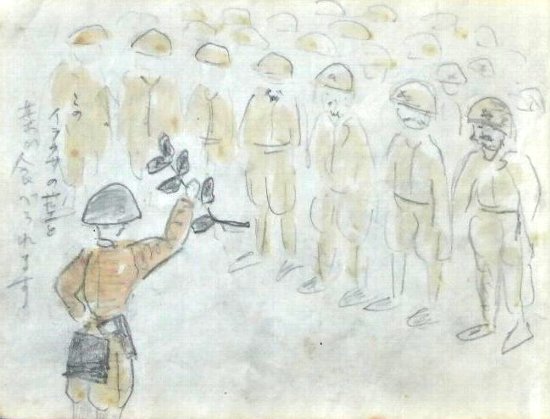 Drawing of seminar on edible wild grasses
The stalk and leaves of this nettle are edible. 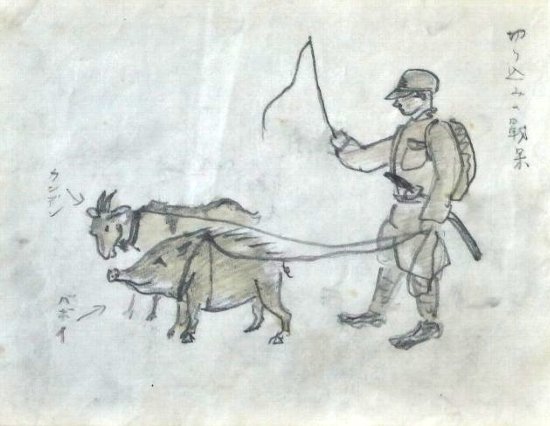 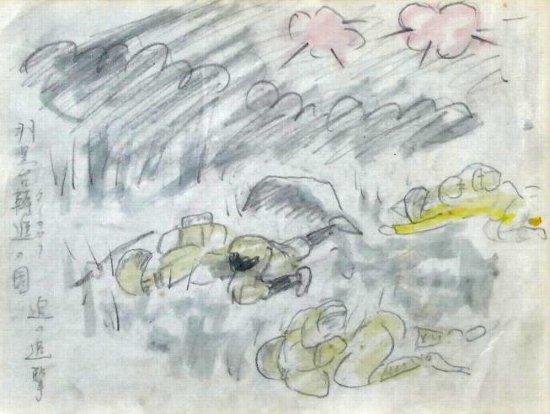 Hagurodai – Drawing of us changing our course (Note: during the war, there was never any mention of the military “surrendering.” Instead, it was referred to as “changing courses,” and all of the newspapers called it that as well.
Imminent pursuit 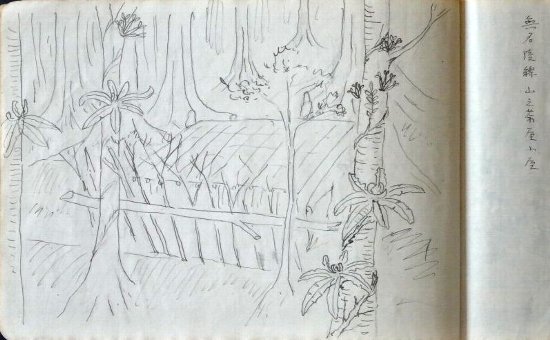 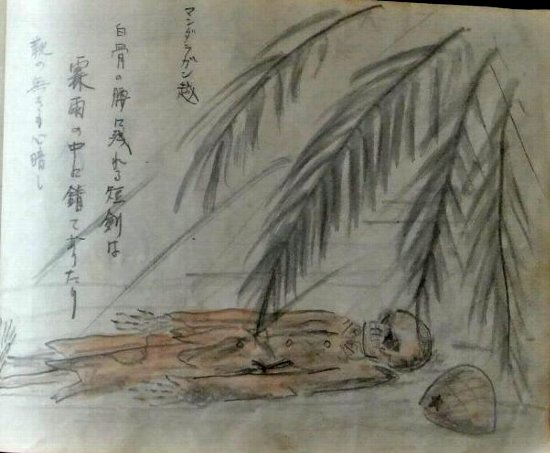 While climbing Mt. Mandalagan
A dagger was left on the hips of a skeletal remains
The long rains had rusted the dagger
And it saddened me to see the bare feet 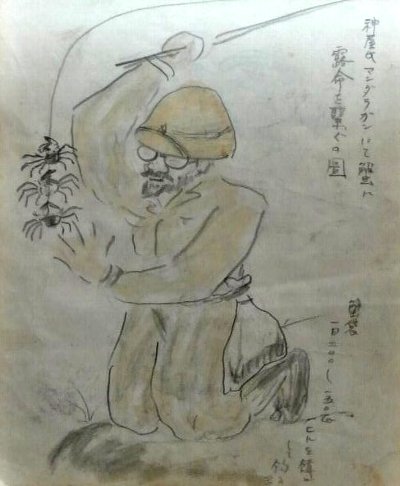 Mr. Kamiya A drawing of him at Mt. Mandalagan, making a precarious living with crabs
Crab bag
Used leeches as bait to catch 150~200 crabs a day 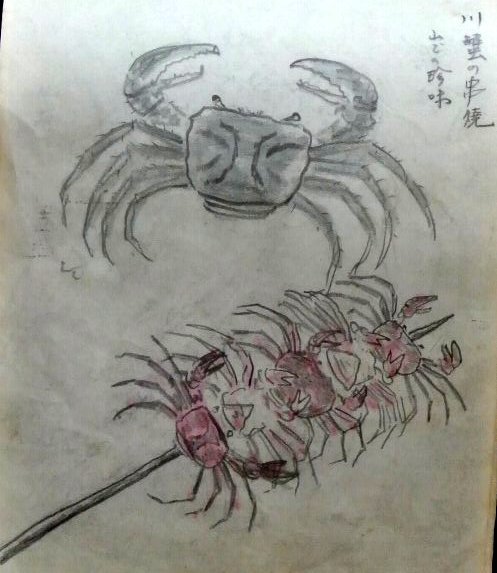 Skewered freshwater crabs
A rare treat in the mountains 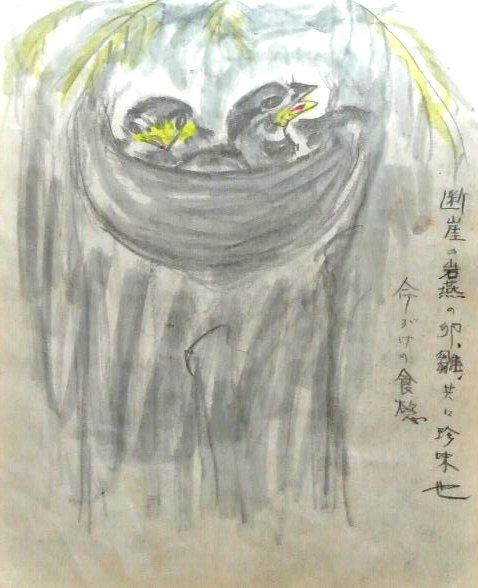 On the cliffs, we found some eggs and chicks, which were a rare delicacy
A life or death endeavor to satisfy our appetites 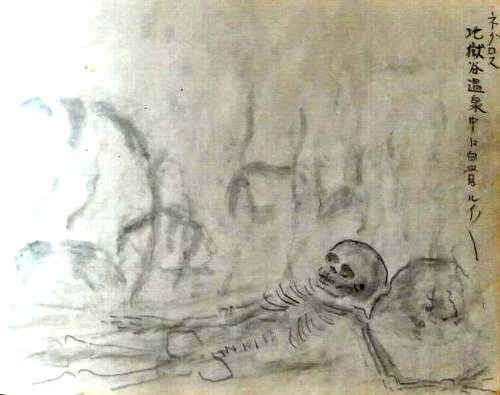 Living in the supplies area
We were always full, but we were plagued by lice, red mites, and a salt shortage